A talented straight ahead guitarist, Kevin Golden has been performing in the New York area for nearly three decades. Pelham Parkway, which features seven of his original tunes, is his debut as a leader.

The opener, “Market Square,” utilizes the chord changes of a swing standard that was the theme song of a famous trombonist bandleader. It has been given a downward but cheerful melody that inspires inventive solos by Golden and Tsuruga along with a brief tradeoff with Grant. “Let’s Do This” is a minor-toned swinger that works particularly well with this group. “JJ’s Smove Groove” is a blues in a minor key that really grooves.

“Pelham Parkway” has Golden improvising some speedy guitar lines over the cooking rhythm section. “Where Are They Now” is a harmonically advanced ballad that is given a thoughtful and heartfelt statement from the guitarist. “Let’s Make The Time” has a melody that is so singable that lyrics should be written for it someday. The closer, “Cherry Pie,” finds the trio excelling on some funky soul jazz that is infectious but never predictable.

In addition to the excellent playing of the three musicians, Pelham Parkway is most notable for Kevin Golden’s compositions and the attractive group sound which updates the organ trio tradition. It is heartily recommended.

Scott Yanow, jazz journalist/historian and author of 11 books including The Great Jazz Guitarists, The Jazz Singers, Jazz On Film and Jazz On Record 1917-76

Pelham Parkway
Pelham Parkway vividly paints the picture of the lively area of the same name, with an upbeat tempo, double-time feel, and plenty of action. The Kevin Golden Trio has a mastery of their sound as a whole, and the individuals are excellent instrumentalists who communicate musically like a conversation between old friends. The comping is seamless, the solos are tasty, and the language is understandable, even if the listener doesn't speak jazz.

The composition is really strong, and each musician has a buffet of talent to bring to the table, and when it's all combined it creates a pot luck of sound that is second to none. The solos are killer in Pelham Parkway, bringing their own unique character to the show, and the walking bass is the driver!

Let’s Do This
What a killer groove! Kevin Golden Trio plays together like they've been doing it all their lives - expertly crafting a sound that harkens back to the titans of the genre while still bringing some new and exciting energy to the table. The guitar is smooth and satisfying, the keyed bass has broken from a walk into a run without breaking a sweat, and the drums are right on time. Extremely skilled lines from all players, the following back and forth between all three members of the group is engrossing, and bursting with musicality. I had to look up a video of this performance to confirm that there were only three members of your trio - that organist is really killing the dual role! Seriously stellar playing across the board!

The guitar lead is calm, cool, and collected while the drums are making easy work of difficult combos. The key player is playing detailed upright/organ lines independently and in flawless support of each other. Let's Do This is a rollicking cruise down Main Street with the windows down, and with Kevin Golden Trio behind the wheel, we're all in for a ride!  Looking forward to hearing more!

​
Jon Wright is a classically trained multi-instrumentalist, vocalist, and music educator with nearly twenty years of experience in the field. 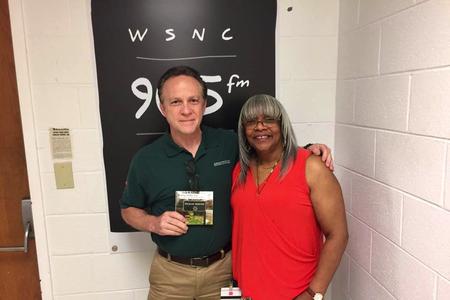 “Guitarist Golden is a musician who stands out as a fine player and has that hand strumming style (think Wes Montgomery) that is gentle when it can be and brutally powerful at the most unexpected moments.”.................John Book, The Run Off Groove #214“……guitarist Kevin Golden whose pronounced play on the album makes him sort of the co-leader as his guitar shares much of the lead with Antonelli on the tenor. Co-written by guitarist Golden, “Golden Opportunity” opens up the program and this one features Golden, Antonelli and the drummer all delivering swinging solos.”………….Edward Blanco, ejazznews​“…. Kevin Golden’s guitar mastery to give the listener 11 very solid tracks that make for totally enjoyable listening”………….Rotcod Zzad, Improvijazzation Nation Issue #83